Plutoview backed by Plug&Play: 'The largest innovation platform in the world'

Plutoview backed by Plug&Play: 'The largest innovation platform in the world' 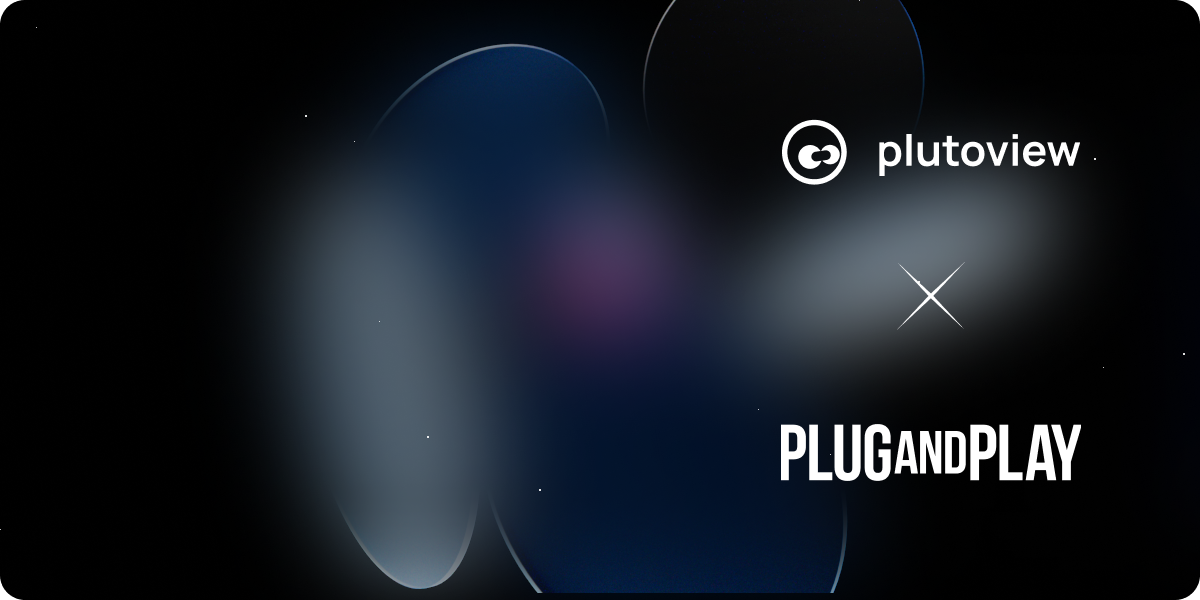 The world's evolution to independence and redefined freedom is accompanied with necessary tools and technical support. The main pillars to tapping the full benefits of the web evolutions are directly linked to these tools. These tools are ever evolving and are the main differences that make day-to-day activities different from the past and much more effective. Plutoview has been well known in this field for great technical innovations. It aims to connect people worldwide in real time with tools that make fun work super easy and efficient.

The Plutoview team has been breaking bounds not only in creation of tools but also in reaching out to the world at large. Its team of go-getters are impacting the world through it's tools and charity like the one in the NFT tallinn programme. It has secured partnership with notable web3 establishment and has met with several like minded in this field for collaboration. The most recent of which is a Collaboration with The Sandbox; a metaverse venture with over 2 million users and has made $350million+ in virtual land sales

The Team has equally attended notable web3 gatherings to showcase and introduce the world to what it does. These are the invaluable effort that has earned plutoview recognition by it's partners namely Jack Einhorn Notion capital SWG Pioneer.app. A start up as innovative and go-getting like this can only be expected to gain more recognition as time goes on, hence, Plutoview recently got backed up by one of the leading startup Accelerators: Plug and Play.

Plug and Play is a venture created that serves as a crossing ladder for innovative start-ups to investors and the world at large. Since Inception, the team has accelerated over 35,000 startups and over 500 world corporations. It has equally raised over 9 billion in funding by companies within the community. Though, it has its headquarters at Silicon valley, it has expanded globally to over 40 countries. It is an ecosystem with 20+ industries referred to as verticals. This is inclusive of Agric tech, Health, Enterprise tech, Smart cities, Travels and Hospitality and more.

It partners with corporations and accelerate start-ups. It runs acceleration programs twice a year in every industry and location. The main aim of this is to single out innovative entrepreneurs and sourcing then with appropriate network. This network gives leveraging opportunity to them to stand out and boosts their businesses. The venture was an early investor in fully blown companies like Google, PayPal, Dropbox and others

Everyone that knows fully well about Plug and Play would realize they are a big deal in the growth of startups. Their reported revenue in 2021 was 580.8m dollars. Alireza Masrour (A general Partner at Plug and Play who has led hundreds of investments out of the thousands that took place on the Platform) welcomed the Team on board. He complimented Plutoview saying:

"PlutoView is making a dent in the world of metaverse, looking forward to seeing great traction with all the partnerships and revenue growth that the team has."

This is neither the first nor the last we expect of recognition at plutoview. Yet, the team expressed it's excitement on this. Founder/CEO of Plutoview Baltser Arkadiy said:

"We are excited to become a part of such a world's leading innovation platform as Plug&Play. I’m sure that this partnership will lead to a boost of Plutoview partners and products''.